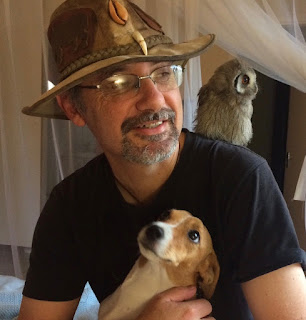 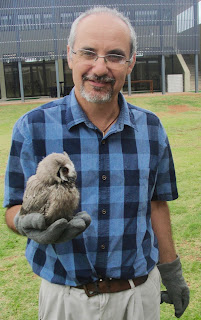 Sugarplum the owl has joined us on campus for a few weeks. We are currently working on long flight training and "attack the gecko" skills so that release into the Elephant reserve can be achieved. Please pop in for a visit if you want to meet her.
Posted by Swahilicoast at 3:15 AM No comments:

We have some good news to share with you about yesterdays Service learning day. The Bioblitz team went out for a few hours to Jays lodge in Macaneta. It turns out that a very special dung beetle lives out there. 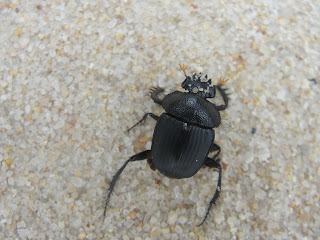 The Vondeling boys, Wouter and Joris were hanging around at the back when they found two little dung beetles. I posted pictures of the scarabs to the ADU. It turns out that they were scientifically described only last year. Meaning that, had we found them last year they might have been named Scarabaeus vondelingensis. What we do out there really helps, The scientists now have a better idea of the range (distribution) of this particular gorgeous dung beetle. Well done team Bioblitz.
Thanks goes to Chistian Deschodt from the ADU for identifying our scarab.
Posted by Swahilicoast at 11:33 PM No comments:

A !Kwe (fossilized doughnut) unearthed by our building activities at AISM.

Confusion about these weird fossilized bagels is rife around the world, it seems to be a stone age technology that can be found from the Santa Barbara channel region, to the Congo, to the American school of Mozambique. Our specimen was unearthed with the current building efforts at the seaward side of campus. Yes, I was surprised to find it in the dirt after a pipe was laid between the science and the math blocks.

There are records pretty much like the AISM specimen, in round stone from  the Gulf Coast of Mexico, to the Guatemalan highlands and on some Pacific islands. These petrified, perforated rock rings show a diversity of design that indicates a similar diversity of uses.

Southern African San beliefs suggest that these so called digging stick stones had a special significance beyond everyday use. Bushmen women would communicate with Shamans and contact the spirit world by beating the ground with a bored stone from a digging stick.

It would seem that although European explorers saw and recorded both San and Bantu peoples using these stones, no-one recorded them making them. The San themselves allegedly claimed that they found the stones already drilled.

There is the possibility that they were also used as mace heads, and some archaeologists feel that they were once used as currency. Well there you have it then, the first ancient multi tool. Move over Swiss army knife. 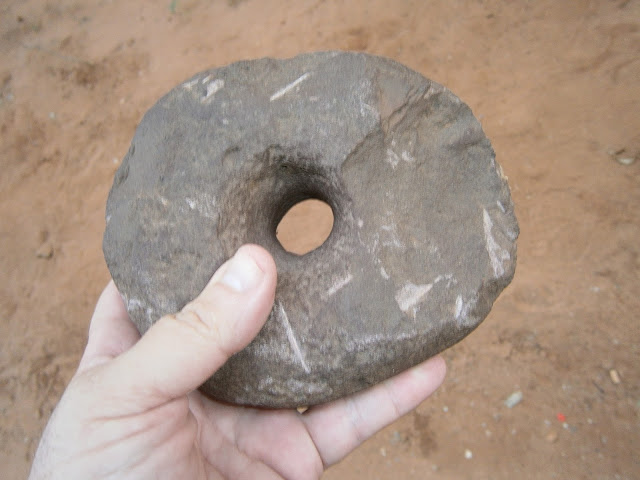 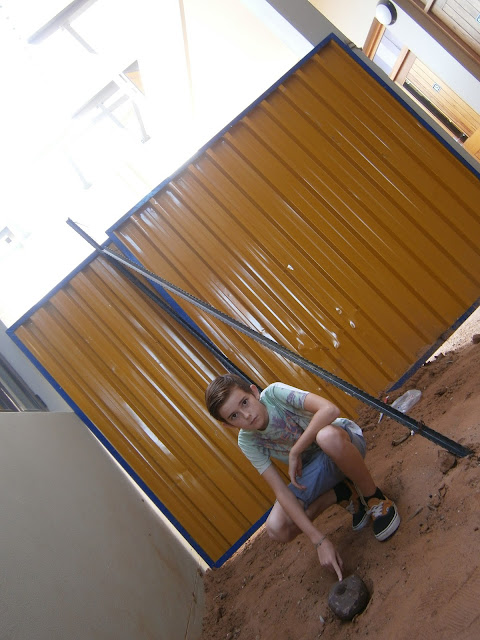 Noah with the !Kwe at the discovery site
Posted by Swahilicoast at 5:28 AM 1 comment: 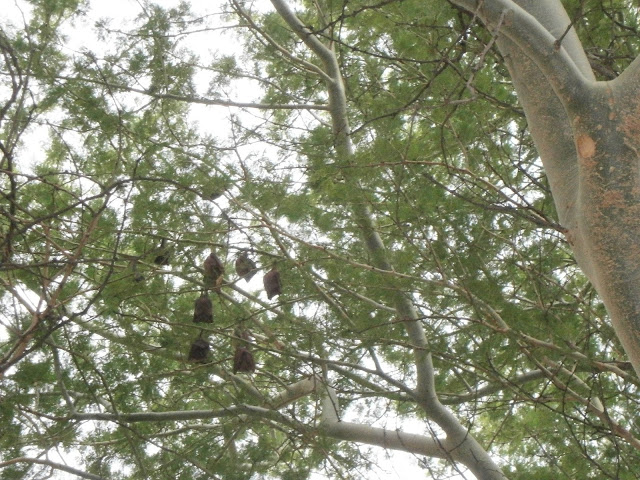 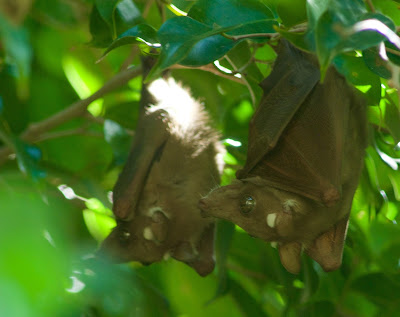 Epaulettes are a type of ornamental shoulder decoration used by armed forces as an indication of rank, and yes, the bats have them, but only the males, who use them to show off. 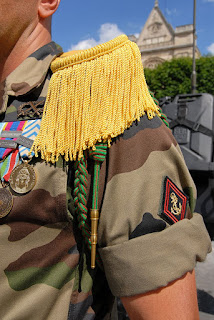 We have a small colony of around five Wahlberg's epauletted fruit bats (one with a baby) who have graced the fig trees in the primary playground. They are fruit eaters and may be here for the duration of the fruiting season. Thereafter that may choose to move on to another roost. It is a great privilege for us to have these friendly mammals here. Please treat them with respect. No loud noises please. 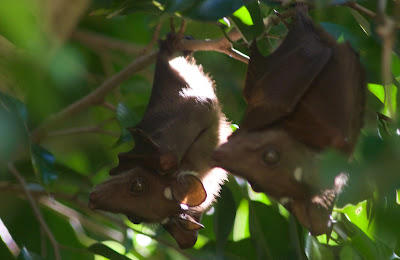